Sdílet
The judges will decide the winners of the 35th Prix Bohemia Radio festival|foto: Jiří Šeda

The Multimedia category makes its very first appearance at the 35th Prix Bohemia Radio festival. The classification of this category reflects a current challenge for media houses to multimedialise content. It is intended for projects that open up audio consumption in an innovative way and offer listeners interaction as well as sound.

Freelance graphic and digital designer Bohuslav Stránský, who graduated from the Academy of Arts, Architecture and Design in Prague and is involved chiefly in big www application and communication design projects, will be one of the judges in the Multimedia category. Since 1989 he has been active as an instructor of self-development courses, then later also as a teacher of teamwork courses. Since 2007 he has headed up the Digital Design studio at Tomáš Baťa University in Zlín at the Faculty of Multimedia Communication, which is one of the few in the Czech Republic to focus primarily on the design of digital media and electronic publishing.

Another judge will be academic Dita Malečková, an academic teacher, philosopher and author of many texts dealing with futurism and new media. She is active at New Media Studies at the Charles University Faculty of Arts, where she lectures on contemporary philosophy, visual culture, and art in the context of new media. She concerns herself with the philosophical aspects of media and is interested in the field of digital humanities. She studied philosophy and information science at Charles University.

Filip Rožánek will also be on the panel of judges for the new Multimedia category. A media and marketing analyst, journalist, teacher of digital communication and expert on new media. Up until last year he ran the trade weekly Marketing & Media and after that its digital activities. Before that he prepared special content editions for the Hospodářské noviny website. He worked for more than eight years at Czech Radio, where he went through positions ranging from web editor to head of the internet editorial board to strategic analyst. He participated in reforming internet reporting and broadcasts for children at the public radio station. In 2014 he won a Journalism Prize for the innovative project August 1968 on Social Networks. He trains public officials, attorneys, diplomats and other specialised professions in digital technology. Every year he lectures at the Summer Journalism School and now also at the Summer School of European Studies.

Prior to the festival commencing, the panel of judges will pre-select works from those entered to go through to the final fight. The winners will emerge as the result of a ballot after the competition programmes are heard.

The panel's fourth judge, Matěj Hájek (aka Otto Horsi), currently lives and creates in Prague, but his work is not bound by location. He moves through the geographic landscape and media terrain on bustling roads just as daringly as in places as yet undescribed. He is a co-founder of the group that never existed Ztohoven, and author of projects straddling the boundaries of architecture, sculpture and land art. He has long occupied himself with the relationship between sculpture and play functions, as realised in the form of major playground projects such as the Bororo Reserve and Pecka Play Landscape. He graduated from AVU. He began his studies at the studio of Veronika Bromová, only to end it in the sculptural school of Jaroslav Róna. Projects on which he worked have been awarded in their categories by the Grand Prix of Architects, Wood Building of the Year, and a nomination for Czech Grand Design.

Petr Uchytil will also have a hand in deciding the results of the awards. He has been active in radio broadcasting marketing, communication and trade for more than 12 years. He has been active in the field of radio broadcast marketing, communication and sales for over 12 years. He began as a marketing manager for the company Regie Radio Music, representing the stations Evropa 2, Frekvence 1 and Impulse on the Czech and Slovak market, as well as later BBC/Zet and also a number of regional stations and programming networks (e.g. Kiss). Today he is the director of the division of marketing and sales support at the media representatives Radiohouse and is primarily in charge of supporting the commercial interests of the stations Frekvence 1, Evropa 2, Radio Blaník, the Hit Radio network and another 50 stations on the airwaves and internet. Aside from strategic marketing and support for advertising sales, he also focuses on programming and commercial research and social responsibility projects. Petr Uchytil also moderated several expert shows on the radio dealing with digital platforms, audio broadcasting and the newest trends in multimedia. He regularly lectures at trade events and in the academic sector. He graduated from Czech University of Life Sciences, Charles University Faculty of Arts and the University of Economics and Management Prague. He is married and has two children. He loves radio in all its forms. As he says himself, #radiojenejlepsi (#radioisthebest). 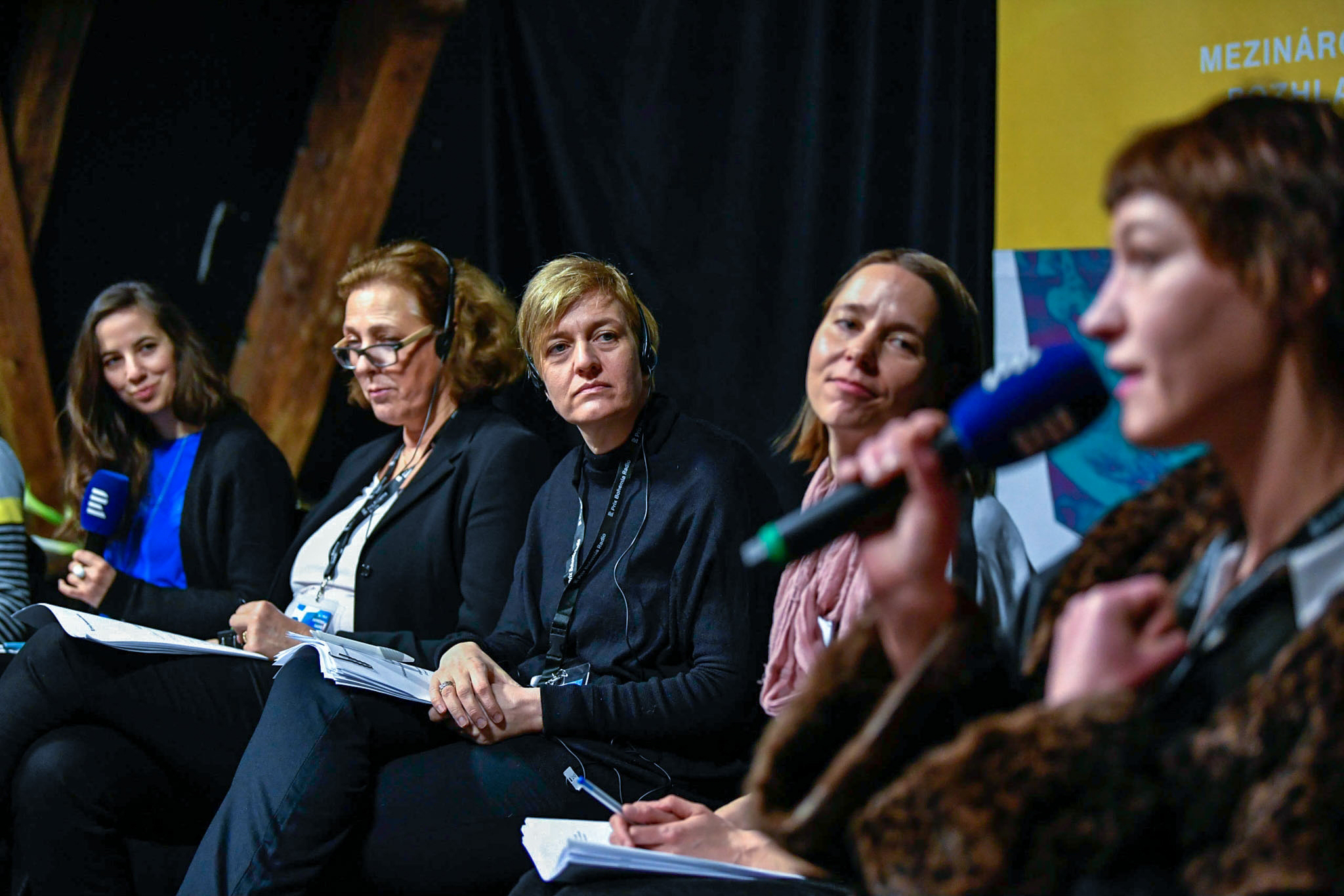 A panel of five judges will decide who wins the News Report contribution at the Prix Bohemia Radio awards. The panel of judges will be made up of professionals with experience from the radio scene both at home and abroad.

The last judge on the festival's panel is Vladimir 518. This artist got into music through the graffiti scene, and music has become the backbone of his artistic expression. There is perhaps no one in the Czech Republic between fresh adulthood and their early forties who doesn't know his native band PSH. For some time now it has ceased being solely about hip-hop, but about a stance in the service of the hip-hop genre and manifestation of strong will, determination and passion for the cause. Aside from touring constantly with PSH, Vladimir 518 works tirelessly with people all across the Czech music scene. He is known for not respecting genre boundaries and always honouring high standards and the bar of quality. That is the reason his name figures in countless collaborations, be they members of his crew BigBoss, or people outside of it. Having his own publishing house also gave Vladimir and his colleagues the liberty and freedom to collaborate with those who meet their qualitative and moral standards. It doesn't matter whether it is music or other publishing activities, such as various book titles. In addition to music, V518 himself also produces comics, illustrations, audiovisual installations, experimental theatre and architecture. His books Kmeny [Tribes] and Kmeny 0 are urban bibles. Vladimir 518 loves fire as a symbol. The title of one of his newest tracks "Nemám zájem" [I'm Not Interested] perfectly encapsulates the path he has taken – the path of free choice without the need to make compromises. In this is his own fire and strength.