Which dramas will win a Prix Bohemia Radio Award? Five experts will decide

The task of the festival jury is to select the three best entries|foto:Khalil Baalbaki, Český rozhlas

A sound engineer, a director, and two winners of prestigious awards for radio projects. These are the five members of the international jury that will decide which of this year’s drama entries will bring home a Prix Bohemia Radio award.

This year’s jurors for the Drama category include for example the sound engineer Jan Čeněk. He worked at Czechoslovak and later Czech Radio as a technician until 1999. Yet from 1990 onward, he also worked as a lead sound engineer, primarily at a music studio for chamber and symphonic music. He has contributed to recordings and broadcasts of the Czech Radio Symphony Orchestra and other orchestras and ensembles as well as a variety of radio programs. During all this, he also picked up a Sound degree at the Film and TV School of the Academy of Performing Arts in Prague (1989–1997). Since 1991 he has additionally created the soundtracks for a number of live-action, documentary, and animated films for cinema and television. In 1996 he founded “Bystrouška, studio zvuku,” a company providing sound services for film and television productions both nationally and abroad. His activities under this brand continue to this day. From 2008 to 2020 he was a core faculty member at the Film and TV School’s Sound department, where he taught this department’s subjects and led practical exercises.

The Czech director and translator Šimon Dominik will be sitting on the jury as well. After his studies at Charles University and Prague’s Academy of Performing Arts, he spent four years engaged as a director and literary manager at the West Bohemian Theater in Cheb, and in 2015–2020 he was the artistic director at the F. X. Šalda Theater in Liberec. With over forty performances behind him, he has been a guest at many theaters nationwide, including those in Jihlava, Uherské Hradiště, Hradec Králové, České Budějovice, Brno (the National Theater), and Prague (the Celetná Theater – where he is a part of the Kašpar Association – along with recent regular appearances at the Vinohrady Theater). He is also the co-founder and artistic director of Nahrané, an independent theater in Prague.

A grand total of twenty jurors will be deciding the winners of the 37th annual Prix Bohemia Radio festival awards. Five national and international radio professionals will sit on each of the juries for the documentary, drama, reportage, and multimedia categories and decide which works will reach the main competition.

The third seat on the jury will go to the Polish radio playwright Marta Rebzda, who is also the head of the literature department at Polish Radio. She began working with TVP Magazyn Ekspresu Reporterów, an investigative journalism show, starting in 1997, and later transferred to TVN Wizjer, a social and investigative journalism show. Starting in 2001, she was the producer of the Big Brother Ring live TV broadcast and the Big Brother and Friends series. She has won several awards for her radio features.

Her radio dramas The Girl and Hide and Seek, Here We Go were nominated for Prix Europa 2018 and 2019. She also took the award for best original script in a radio drama at the 19th Polish Radio Theater and Polish Television Theater Festival for The Frog, a play directed by Waldemar Modestowicz. 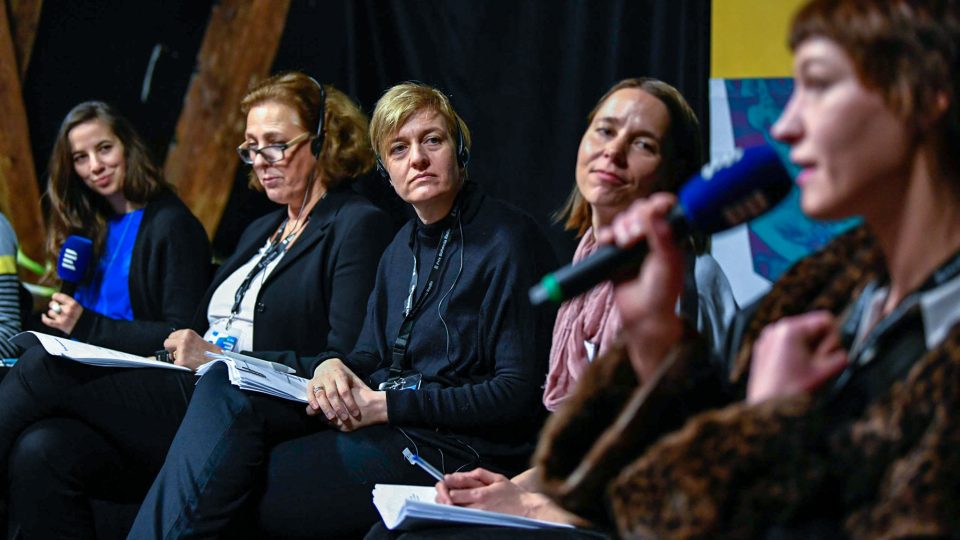 Five experts to decide the winners: Introducing our jury for the Documentary category

The fourth juror overall, and the second from abroad, is Stephanie Jamnicky, Radio Croatia’s program director for radio dramas. Stephanie – who was born in the United States – has directed over two hundred radio dramas. In addition, she has directed short forms and poetry written for children and adapted for radio. She has also won Grand Prix Marulić, as well as Grand Prix Nova (for a work co-authored with Zoran Sajko). From 2015 to 2016, she was the Artistic Director of the Prix Marulić International Festival of Radio Plays and Documentary Radio Drama.

These four jurors will be supplemented by the Czech radio and theater script editor Ján Šimko. Šimko is the main literary manager for radio plays at RTVS and an educator at the Academy of Performing Arts in Bratislava. He has additionally been a member of the Literary Management Board for the Divadelná Nitra International Festival since 2004. He recently prepared a radio adaptation of P. O. Hviezdoslav’s play The Stepfather (Otčim) and a dramatization of Petr Macsovszký’s novel Tantalópolis and prepared theater adaptations of such titles as Lenka Čepková’s Good Night and Sweet Dreams (Dobrú noc a sladké sny), the co-produced Rádio Ivo / Rádio život project 100 Years Live (100 let naživo), and David Zábranský’s original play And That Daddy Masaryk (A ten táta Masaryk).